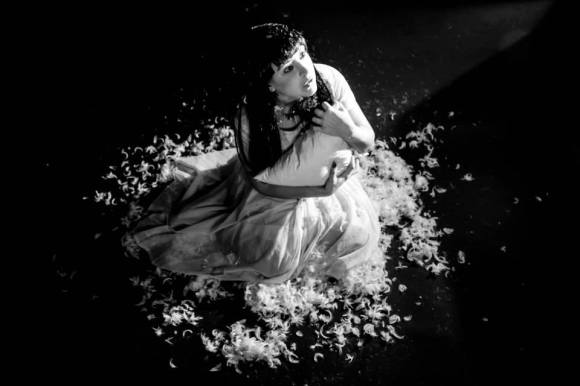 YES THERE IS A REAL KID IN THE SHOW. Come witness our surreal retelling!

: A Fairytale is primarily inspired by the Brother’s Grimm story of Frau Holle, the snow witch, and Holly Chernobyl’s experience working with children and families over the past 5 years. It is also deeply influenced by Holly’s own experience of being an adopted child.

In this dance theater production, we explore dreams, motherhood, impossibility, disappointment, and excitement.

1917 N Elston, entrance at the North side of the building.

Suggested donation of 10$ and up. All proceeds go to building the show and paying the artists.

This site uses Akismet to reduce spam. Learn how your comment data is processed.

Meet Alleycat, Baldwin piano rescued from near our home! thanks neighbors for hooking us UP!
Today is our day. Hot Mess Ep 6 is here and FINE
We of many hats speak for some/many of the group when we say we are ready already for the revolution and we are making it happen in small ways, the way moss gathers and hibernates and bides time. The way rings accumulate in trees.
Into the Garden, workshop performance practice today with Wannapa P Eubanks @wannapapeubanks gorgeous electric, wind filled, shifting, moving, cellular
Into the Garden will be a two day weekend Butoh inspired dance workshop with Wannapa P.Eubanks on the shores if Evanston...August 27/28 (Sat/Sun) with a brief performance 12-1pm Sunday
Loading Comments...
%d bloggers like this: